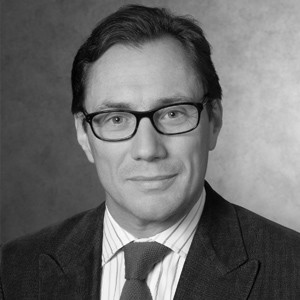 His ability to combine transactional and litigation capabilities allows him to assist his clients throughout the matter at hand, whether a trial progresses into a complex transactional issue or an acquisition evolves into a dispute before national or arbitration courts or stock exchange authorities. Occasionally he also intervenes in matters outside his areas of focus, when the importance of the stakes in question justify setting up a team of lawyers combining different profiles.

His client base is both French and international, mainly consisting of companies including industrial groups, banks or investment funds as well as some family interests. He works for listed companies as well as for private ones, for the private sector as well as for entities belonging to the French governmental sphere.

He has been appointed member of various boards of directors as well as as arbitrator. He was also a member of advisory committees within the “AMF” (French Financial Markets Authority) and regularly participates in working groups to develop proposals on legislative or regulatory reforms in the fields of corporate and securities law. He has been teaching these subjects to students of post-graduate degrees of the universities Paris I and Paris II, and regularly publishes articles in these areas in academic journals.

Dominique Bompoint has an extensive network of contacts in France and abroad, with colleagues active in fields or geographical areas that are not covered by the firm; this organizations leaves him free to choose who is best suited to the situation that has been entrusted to him, and allows him to ensure throughout a case that the work produced addresses the clients’ goals.

Dominique Bompoint began his career at Gide Loyrette Nouel and then Bredin Prat where he was a partner from 1996 to 2001. He was made partner at Clifford Chance (2001 – 2004) and at Sullivan & Cromwell LLP (2004-2013). He holds a Master’s degree in Private Law, a Postgraduate Accounting Studies Diploma and graduated from Ecole Supérieure de Commerce de Bordeaux. Leading professional guides generally mention him as one of the higher tier lawyers in his fields of expertise (link Chambers).

He is fluent in English and proficient in Spanish.